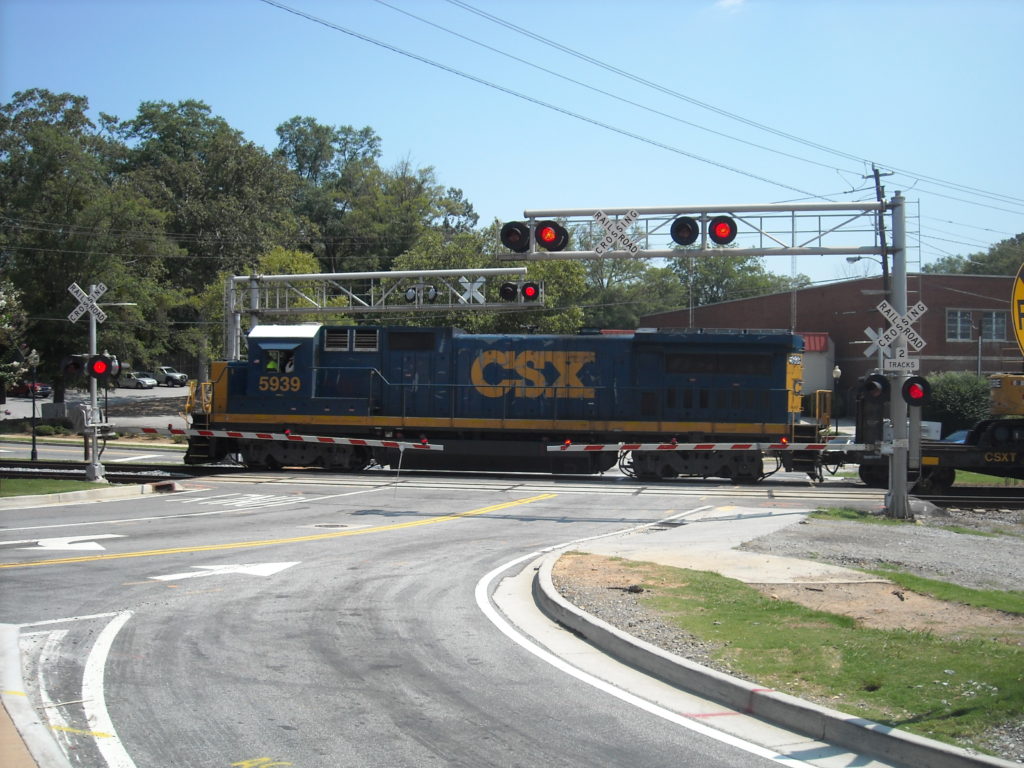 This project provided four-quadrant gates at two railroad crossings.  These gates eliminate the need for railroad whistles to announce the oncoming trains.  Quiet zones are provided at the following locations:

What is a Quiet Zone?

Many communities across the nation are trying to balance the negative impacts of train horn noise on sensitive neighborhoods while enhancing rail safety. New federal rules offer and support a solution: quiet zones. The Federal Railroad Administration defines a quiet zone as “A segment of rail line, within which is situated one or a number of consecutive public highway-rail crossings at which locomotive horns are not routinely sounded.”

Four-Quadrant Gate System:
“A four-quadrant gate system involves the installation of gates at a public highway-rail grade crossing to fully block highway traffic from entering the crossing when the gates are lowered. This system includes at least one gate for each direction of traffic on each approach. A four-quadrant gate system is meant to prevent a motorist from entering the oncoming lane of traffic to avoid a fully lowered gate in the motorist’s lane of traffic. Because an additional gate would also be fully lowered in the other lane of the road, the motorist would be fully blocked from entering the crossing.”